Roll over image to zoom in

Trackers require a valid up-to-date service top-up to remain active on our servers.

The Keykip was designed to be smart and powerful, yet simple to use. A device that not only allows you to track the device in many countries around the globe but assisting the user to find their Keys, or other items its placed into.

The audible sounder inside the Keykip can be easily activated via the APP, allowing you to close in on those important assets.

Design and robustness are something that was carefully considered, resulting in a product that really looks like a keyring, with no additional buttons.

A great innovative solution that we want you to enjoy

The battery life can last up to 7 days plus, this depends on how much the KeyKip moves, but in most cases, you can expect around 7 days battery life. This is achieved by only allowing the KeyKip to transmit data every two minutes whilst in motion.

Lots of energy was placed on making the APP simple yet allowing the user to trigger some pretty powerful features. The experience needs to be enjoyable and we feel we have accomplished this; we have also left room for future updates and further features.

We know there are many that might want to enjoy more then one KeyKip in their account, press the add icon on the app and scan the box and call it a name, mission complete. It really is that simple.

A brand new app dedicated to the KeyKip GPS Tracker 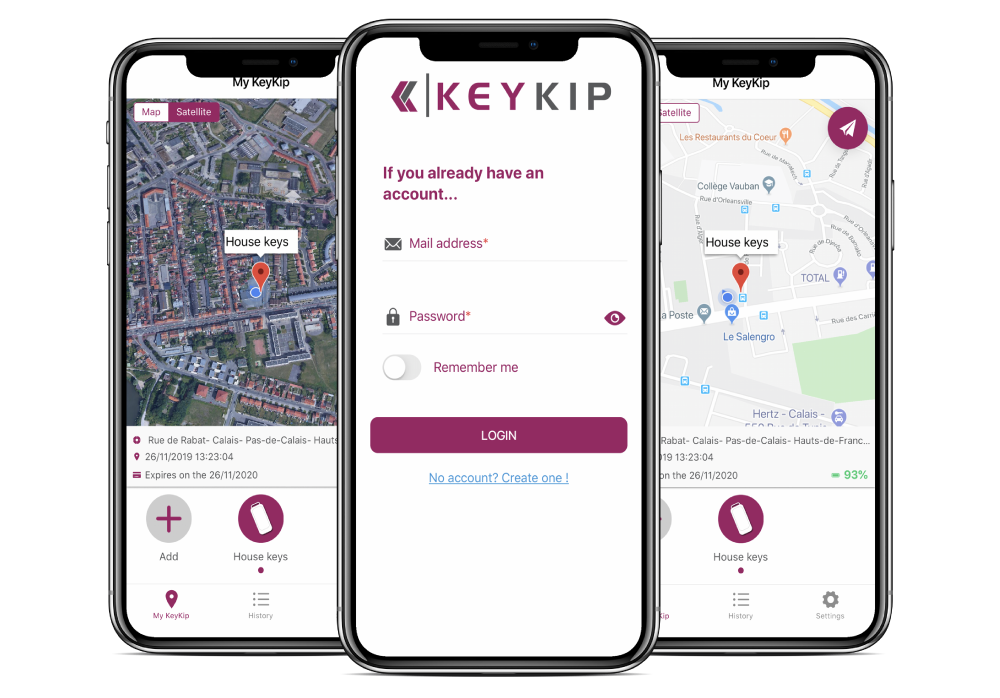 Other great features on the KeyKip app

Allows the user to switch on the internal sounder. This will automatically switch off, after 60 seconds.

Allows the user to instantly place a 200-meter boundary around the KeyKip and be informed when it leaves and arrives within this boundary.

Informs the customer when the KeyKip is pick up.

Was placed on the app for those times when you need the KeyKip to send its location every few seconds. It will automatically change to its default mode after 60 seconds.